An absence of trust

THE hopes at NATO’s 2010 Lisbon summit that Russia might be a partner in the missile-defence system meant to protect Europe from a nuclear-armed “rogue” state are looking increasingly forlorn. NATO governments had promised “to explore opportunities for missile-defence co-operation with Russia in a spirit of reciprocity, maximum transparency and mutual confidence.” But at his Valdai dinner on November 11th, Russia’s prime minister, Vladimir Putin, claimed that the Russian ambassador to NATO, Dmitry Rogozin, had been told by an American senator that missile defence was aimed at Russia’s nuclear deterrent. Mr Putin even drew a diagram on a napkin to make his point.

At this week’s meeting of the NATO-Russia Council, a body meant to improve relations, Russia’s deputy defence minister, Anatoly Antonov, was equally blunt. He complained that NATO was pressing ahead even though Russia’s conditions for co-operation had not been met. Chief among his gripes was America’s refusal to give Russia a legal guarantee—in effect a treaty—that NATO’s missile shield would never be used to protect Europe or America from Russian nuclear weapons. He suggested that Russia might take “military-technical measures”.

The heart of the problem is a lack of trust, made worse by what Russia sees as NATO’s cynically broad interpretation of the UN Security Council resolution on Libya—a “betrayal”, say some Russians. Russian leaders cannot bring themselves to believe repeated Western assurances that plans to defend Europe against nuclear missiles are aimed solely at irrational states with a handful of weapons (diplomat-speak for Iran), and are not meant to blunt the effectiveness of Russia’s array of nuclear weapons.

Russian military analysts concede that the phased approach to European missile defence adopted by the Obama administration is less threatening than George Bush’s plans for a shield based on long-range interceptors and radars in Poland and the Czech Republic. They also accept that, even in its final phase of deployment, the system would be overwhelmed by any Russian attack. But they persist in seeing missile defence as part of a long-term American plot to undermine Russia’s nuclear arsena 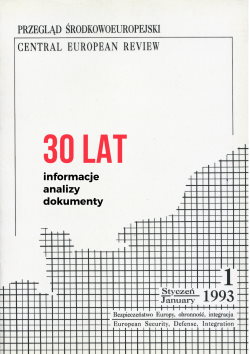