Diversity of Patchwork Capitalism in Central and Eastern Europe 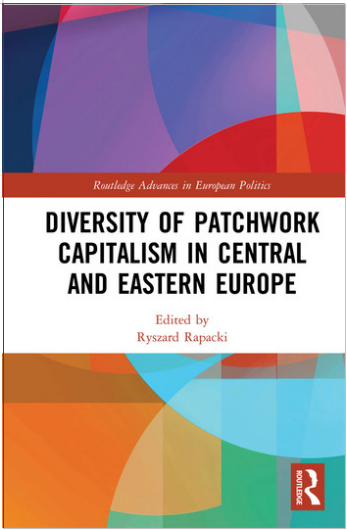 This book is a comparative study which sheds a new empirical and theoretical light on the nature of post-communist capitalism in 11 EU new member countries of Central and Eastern Europe, or CEE11.

Extending and modifying a well-established conceptual framework for comparative capitalism rooted in new institutional economics and economic sociology, it offers a better explanation for transition-specific and path-dependent factors inherent to systemic transformation. Based on a vast dataset, the book therefore illuminates the (dis)similarities among the institutional architectures in the EU countries. Thus, the book argues that the evolving capitalism in Central and Eastern Europe exhibits strong symptoms of institutional ambiguity or a “patchwork” nature which makes it a distinct category from any of the co-existing models of Western European capitalism.

This book will be of key interest to scholars and students of comparative political economy, Eastern European politics, post-communist studies and more broadly to researchers in the fields of economics, European politics and the wider social sciences. It will also be of significance to journalists, policymakers, members of international organizations and consultancies with an interest in Central and Eastern Europe and in European integration.

Putin is Banking on Europe’s Divisions Over Russia

The parliamentary election setback for President Macron and bickering inside the German and Italian coalitions play into Moscow’s hands. If EU member states falter over Ukraine, European security will be jeopardized. There was that moment of much-needed euphoria in Ukraine … Continue reading →

What a 1904 War Can Teach Vladimir Putin