EU officials are plotting modest military developments they say are achievable — but wariness lingers across the bloc.

As Russia flexes its muscles in Ukraine and Belarus, China tests a nuclear-capable missile and the U.S turns its gaze toward the Pacific, the EU is reacting in its favorite fashion: With a policy document.

EU defense ministers on Tuesday discussed for the first time their so-called “Strategic Compass,” a plan meant to bolster the bloc’s military capabilities amid a dawning realization that the Continent can’t always rely on the Americans or NATO for cover. The talk came after they gave foreign ministers the rundown on the document Monday afternoon during a joint meeting.

The meeting marks the start of a debate on how ambitious the EU should be as it attempts to become a security provider, more able to determine its own fate when conflicts erupt. The U.S. pullout in Afghanistan has fueled the desire — EU allies were barely consulted on the withdrawal, to the humiliation of many capitals.

Yet the proposals outlined in the most recent 28-page draft risk highlighting the gap between EU ambition and EU reality, especially considering the seismic scale of the geopolitical shifts and hot spots beyond the bloc’s boundaries. The biggest potential plan would be a rapid-deployment force of up to 5,000 troops the EU could send to conflict zones — starting in 2025. Even that seems like a long shot to some diplomats, who remember the EU’s failed promise in 1999 to create a force up to 60,000 strong and who have long witnessed Europe’s long-running wariness to boost defense spending.

“Member states won’t be credible as long as they fail to bring their actions in line with their ambitions,” one diplomat cautioned.

Still, the document has the strong backing of key EU members like France, which will push to finalize it next spring once Paris has assumed the EU’s rotating presidency. It will also be on the agenda when EU leaders meet next month. Defenders say the plan’s strength is its feasibility.

It’s not just “another policy document, it’s a guide for action,” Josep Borrell, the EU’s top diplomat, told journalists at the end of Tuesday’s meeting.

“We’re happy because the document is realistic but at the same time ambitious,” said Slovenian Defense Minister Matej Tonin, whose country currently holds the rotating EU presidency, before entering Tuesday’s gathering. Still, after getting feedback from foreign ministers on Monday, Tonin acknowledged work remained. “We need some fine-tuning,” he said. “One is about Russia, another thing is around the Mediterranean.”

Borrell argued the “EU Rapid Hybrid response teams” envisioned in the draft are actually well-suited to dealing with crises of recent years, like border skirmishes that blur the traditional line between war and peace.

As a prime example, the EU has been grappling recently with a deadly standoff at the bloc’s border with Belarus, where thousands of migrants are stranded, camped in freezing temperatures without consistent access to food. The EU has accused Belarus of luring migrants from the Middle East and elsewhere to Minsk, before pushing them to the border — a tactic the EU calls a “hybrid attack.” Numerous migrants have died in the harsh conditions, and on Thursday, Polish forces used tear gas and water cannons to repel people trying to break through the border.

Some EU leaders have openly accused Russia of helping orchestrate the scheme for Belarus, its historic ally, creating chaos — and EU anxiety — as Moscow piles up troops at its border with Ukraine.

“This team could temporarily support national actors in front of concrete situations like the one that we are witnessing in Belarus, Poland and Lithuania,” Borrell said. “Today we do not have these kinds of tools.”

But some countries, especially those in Eastern Europe, are afraid a push for EU militarization could weaken the strength of one of the Continent’s long-time protectors: NATO.

Borrell disputed the argument, saying the EU’s plans are actually “a way to make NATO stronger, through making the European Union stronger.” He pointed to U.S. President Joe Biden, who oversees the biggest military within NATO and has supported more robust EU defense capabilities.

“This approach was very broadly supported by the ministers,” Borrell said, adding that he will present “at least” two more drafts of the Strategic Compass based on feedback.

The strategy’s defenders say the document is the first time the EU has crafted a comprehensive vision to address a wide range of global threats, from the U.S shift to Asia, to the bloc’s lagging military capabilities to needed industrial upgrades. And, they note, the plan offers concrete deadlines to achieve these goals and envisages regular updates on its implementation. The EU, they say, has always taken an incremental approach.

Yet skepticism remains high for some. The EU, critics note, has been here before. In 1999, EU leaders agreed to form, within four years, “military forces of up to 50,000-60,000 persons” that could deploy within 60 days for tours of at least a year. That never happened. In 2007, the EU set up a combat-ready system of 1,500-person battle groups to quell crises. They have never been used.

Any tangible progress on EU military powers “requires increased defense spending for starters,” said the same diplomat. And in many European countries, the diplomat noted, it’s difficult to win an election after announcing a military spending hike.

The current strategy, the diplomat argued, tries to thread the needle between French ambition and German reluctance.

And after failing at least twice to follow through on major pledges of military advancement, the EU must tread carefully, another senior diplomat argued.

“Any credibility gap between our political ambitions and our capabilities should be avoided to overpromise and underdeliver,” the other diplomat said. 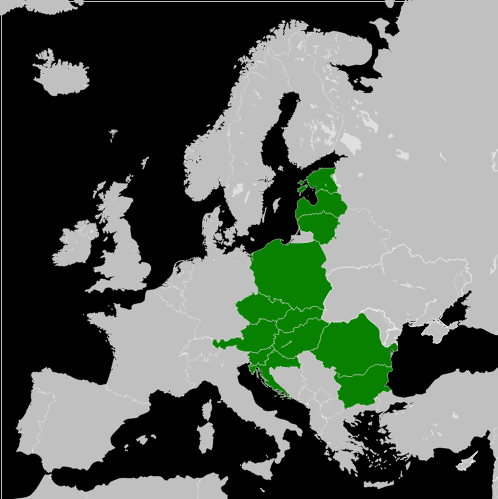